Since Remembrance Sunday is tomorrow, now seems a good time to pull together a summary of the World War One records that are available online.

These were generated by the Army and list a man’s entitlement to campaign medals. There are over 5 million cards and they are the nearest approximation to a nominal roll of those who served in the army in WWI. Generally everyone who served overseas was entitled to a campaign medal. The rolls include RAF personnel who, before 1918, were members of the Royal Flying Corps. Royal Navy and Royal Naval Air Service personnel are not included.

Descriptions of the various formats & abbreviations used at http://www.nationalarchives.gov.uk/documentsonline/medals.asp?WT.hp=Campaign%20Medals%20-%20%C2%A32

A small proportion of cards have additional information on the back. This can only be viewed at http://www.ancestry.co.uk

The award of a gallantry award, an honour and the promotion of military officers was gazetted, or listed, in the London Gazette. It’s also possible to trace an officer’s career in the armed forces through promotions listings. Once you’ve found the relevant service number it’s easier to search using that rather than the name of the officer. Available from http://www.london-gazette.co.uk/ (free).

I’ve tried to cover all the major sources for the British armed forces which give details of large numbers of men rather than individuals, but I’m sure to have missed some. If you know of other sources, do add them in the comments.

Anyone who used to search the census returns for England and Wales at the old Family Records Centre in London before its closure in 2008 would have been used to the large binders of street indexes to the 1841-1891 census returns which were such a valuable finding aid.

Although we’re now all familiar with the various digitised versions of the census returns available online, it can still be almost impossible to find the people we’re looking for in the place we’re expecting to find them.

In the “good old days”, one possible solution was to check the census street index to find the folios covering a family’s last known address and then use that information to scroll through the relevant microfilmed census pages in the hope that the family had been mis-indexed or omitted from the index.

Until now, the only way to replicate this online was if you already knew the folio numbers concerned as only some of the online census providers allow address searches.

You can now search these census street indexes online. On 2 November, the Historical Streets Project from the Your Archives strand of The National Archives’ website added the street indexes for the 1841, 1851 and 1871 censuses.

There are limitations to these indexes:

only the larger towns are covered

the indexes are organised by Registration District – which doesn’t always equate to the parish or county where we would normally expect to find the street.

Go to http://yourarchives.nationalarchives.gov.uk/index.php?title=Your_Archives:Historical_Streets_Project to read more and try it out for yourself.

The record offices are in:

See http://www.nationalarchives.gov.uk/news/stories/337.htm?WT.hp=nf-37818 for the full story.

The full 1911 census is available on a pay-per-view basis through http://www.1911census.co.uk/
Still no news about when the 1911 records will be added to the findmypast.com site though.
Sheena
www.setait.co.uk

Indexes to, and digital images of, the records held by London Metropolitan Archives have started to appear online at Ancestry.

The whole collection spans over 400 years from the 1500s to the 1900s and covers parish baptism and marriage registers, burial registers, Bishops’ Transcripts, Non-conformist baptisms, marriages and burials, poor law Board of Guardians records, school admissions and discharge registers, electoral registers and poll books, land tax documents, Surrey marriage bonds and allegations, wills, transportation records from the Middlesex Sessions of the Peace, Diocesan marriage bonds and allegations, Diocesan divorce exhibita and City of London Freedoms. The full collection is due to appear gradually over the next year.

You will need either a premium or worldwide subscription to view the data.

See the full details at http://landing.ancestry.co.uk/lma/london.aspx 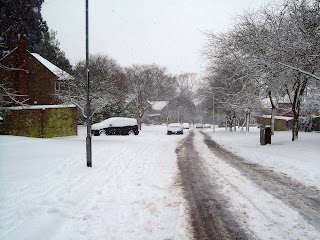